Moving with the times, Virgin Atlantic allows uniformed staff to show off their tattoos on the job – as long as they’re not offensive. Rose Dykins Reporting

Virgin Atlantic has announced a policy change regarding tattoos for its uniform wearers and frontline staff – becoming the first UK airline to allow employees to show off their body art.

But from now on, staff members, including cabin crew like Terry Nunn and Josie Hopkins (pictured below), will be free to wear short-sleeved shirts that reveal tattoos on their arms. However, Virgin said offensive tattoos must remain covered.

For now, head, face and neck tattoos must also remain covered, although the airline says this is “currently under review” and hopes to change this policy in the future. the “phase two” of its See The World Differently campaign. Virgin’s marketing strategy aims to champion the individuality and celebrate the uniqueness of its employees and customers.

Estelle Hollingsworth, Human Resources Director at Virgin Atlantic, said: “At Virgin Atlantic we want everyone to be themselves and know they belong. Many people use tattoos to express their unique identity and our customer-facing and uniformed colleagues should not be excluded from doing so if they choose.

“That’s why, in line with our goal of inclusion and championing individuality, we’re relaxing our tattoo restrictions for all of our employees. We’re proud to be the airline that sees the world differently and empowers our employees to truly be themselves. 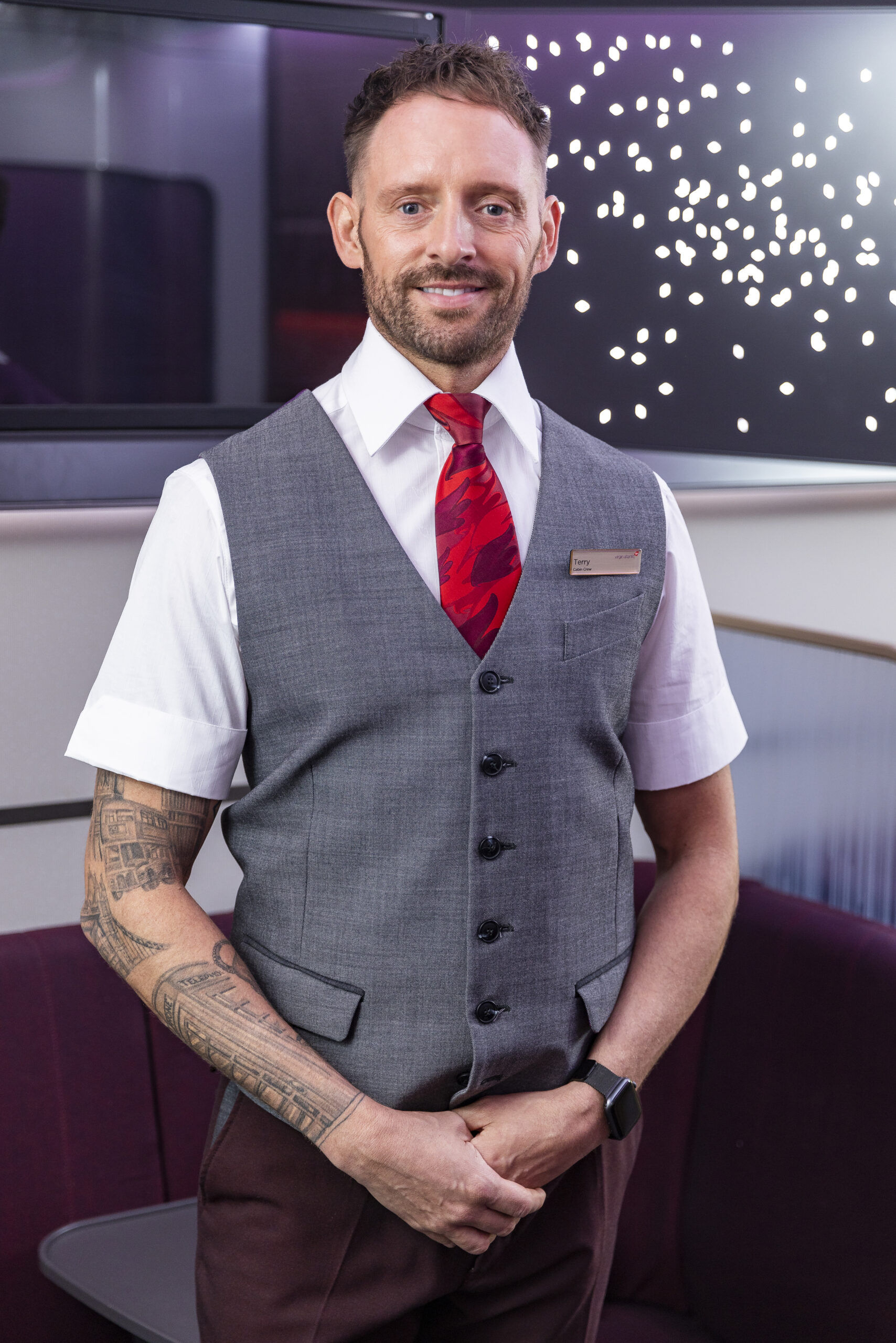 Virgin Atlantic’s change in position not only promotes a more progressive and inclusive approach to the uniform policy, but is also part of the airline’s latest recruitment campaign for cabin crew, which has reopened. (In January, the airline received 5,000 applications for 400 roles.)

With this policy change, Virgin is removing application barriers for those whose cabin crew career aspirations may have been limited by strict industry rules on tattoos.

Instead, the airline is offering a more relaxed and inviting approach that will broaden its recruiting pipeline, bolster its “young at heart” brand image, and appeal to demographics — especially millennials, who research has found have usually the most body art. generation.