The war in Ukraine touches the hearts of people all over the world. To support, show respect and just to remember, it is worth getting tattoos of Ukrainians. Mark Arago – an experienced tattoo artist lists the best Ukrainian tattoos and tells the story behind them.

The early morning of February 24, 2022 brought together all Ukrainians. This is the morning when Russia launched a full-scale war against Ukraine. This morning united not only Ukrainians, but also people from all over the world.

Tattoos with Ukrainian symbols are gaining popularity and are a way to show belonging to events taking place in Ukraine. It’s a way to express respect, and a way to remember. Marc Arago — tattoo artist, lawyer by training who fights for the rights of people with body modifications and founder of Ink match – prepared the 3 most popular Ukrainian tattoo ideas since the beginning of the war and their meanings.

The ghost of Kyiv 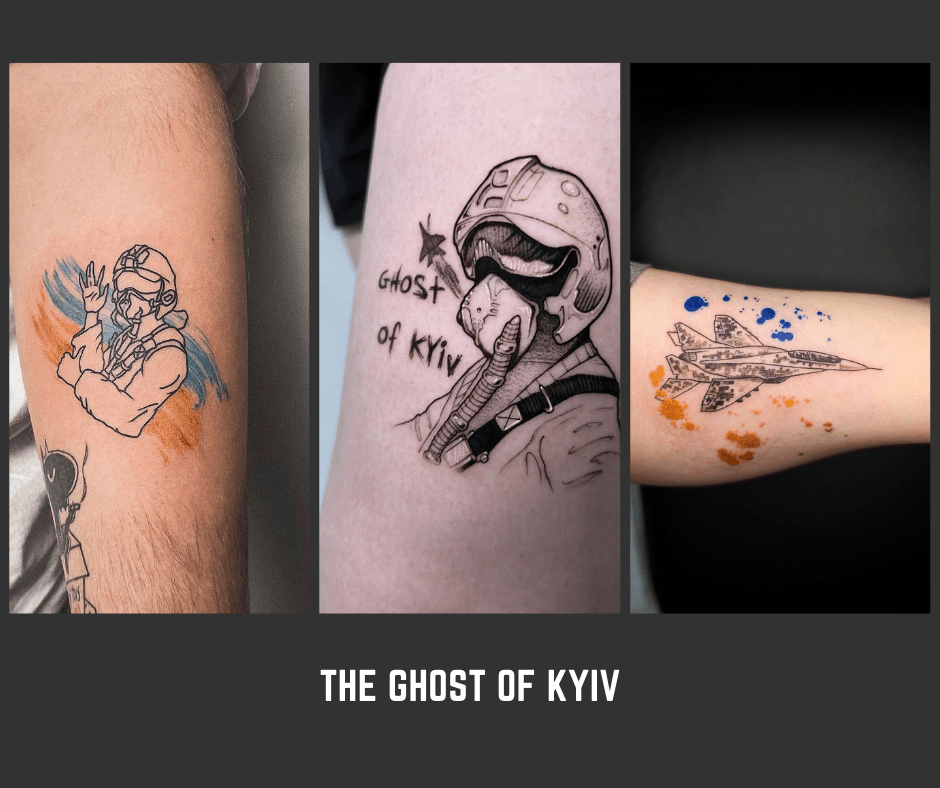 “Ghost of Kyiv” is one of the heroes of the Russian-Ukrainian war. He is a pilot who shot down 6 Russian planes in the first 30 hours after the start of the war. Like most heroes, Ghost of Kyiv’s real name is unknown. Many people call him the guardian angel. Imagine how many people survived thanks to his impressive military piloting skills.

Maybe he’ll be the next Marvel or DC hero, who knows. But what we can say for sure, the Ghost of kyiv will always be a true hero and angel for Ukrainians. 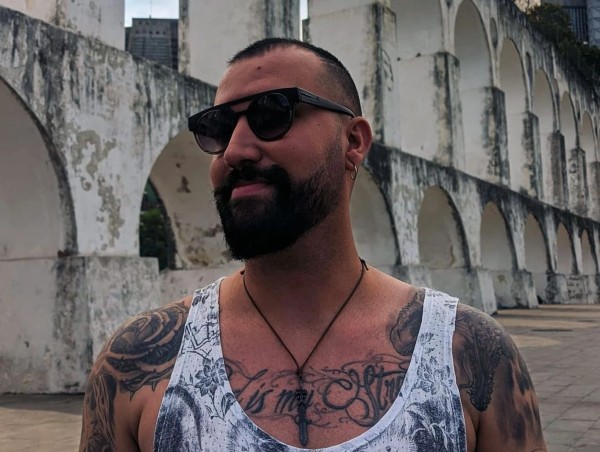 “A friend of mine now lives in Kyiv; he is a talented lawyer. In 2018, we were working together on a body modification discrimination lawsuit (we won that case). When the war had just started, I sent him a message. We were both shocked that this was happening in the 21st century. He told me a story about the Ghost of kyiv and I already knew that would be the next tattoo design. The story is impressive and many people would like to ink this hero on their body to express their gratitude. — says Mark Aragano, founder of Ink match.

Tryzub (Coat of arms of Ukraine)

Tryzub – this is the name of the Ukrainian coat of arms. This is probably one of the most popular tattoos among the military. What is special about Tryzub? In his image is encrypted the word “Freedom” (in Ukrainian “Воля”).

Ukrainians are freedom-loving people and it is no wonder that coats of arms with such a meaning are the most popular. There is even a saying in Ukraine: “Slaves are not allowed to enter paradise”; we always hear it during revolutions and during this war for freedom.

On February 24, 2022, Russian occupiers attempted to take control of Zmiinyi Island (an island in the Black Sea that belongs to Ukraine). The Russians told the Ukrainian border guards who were on this island to surrender. The Russians began their request with the words: “Zmiinyi Island, I am a Russian warship…”; in response, they heard the now legendary phrase: “Russian warship, fuck you.” Then the missile attack began against Ukrainian border guards who did not want to surrender.

At first the Ukrainian government thought that all the border guards were dead but a few days later it turned out that they had survived and were captured by the Russians.

Such bravery in the face of death shows how freedom-loving Ukrainians are. This phrase is very popular among Ukrainians. People often have these words depicted on their bodies with the shape of Zmiinyi Island.

Mark Arago is a tattoo enthusiast; he actively fights discrimination against people with body modifications. He has won numerous lawsuits and is one of the founders of an association that defends the rights of people who are victims of discrimination. Mark is the founder of the largest tattoo fan community in the world – Ink-Match. He likes to practice tattooing in his spare time to improve his skills; Mark firmly believes that the art of tattooing should become a socially accepted way of expressing one’s personality.