MIT’s “duoskin” is a manufacturing process that allows anyone to create custom functional tattoos that can be attached directly to their skin, like electric temporary tattoos. they use gold metal foil – a cheap, skin-friendly and sturdy material for everyday use – and provide three different types of interfaces on the skin: touch input sensing, output display, and wireless communication . this process draws on the aesthetics of metallic jewel-like temporary tattoos to create devices on the skin that look like jewels.

from MIT ‘Duoskin’ devices allow people to control their mobile devices, display information and store the date on their skin while serving as a personal style statement. they can be designed in any color and shape, and they can go anywhere on the body. its metal tattooing process can store and share data wirelessly with your smartphone or other similar device via Near Field Communication (NFC) technology. at the same time, its ‘touch input’ The technology lets you use your skin as a trackpad for activities like adjusting your smartphone volume, turning on lights, or writing text. Additionally, the tattoo can display information including your mood and the weather. 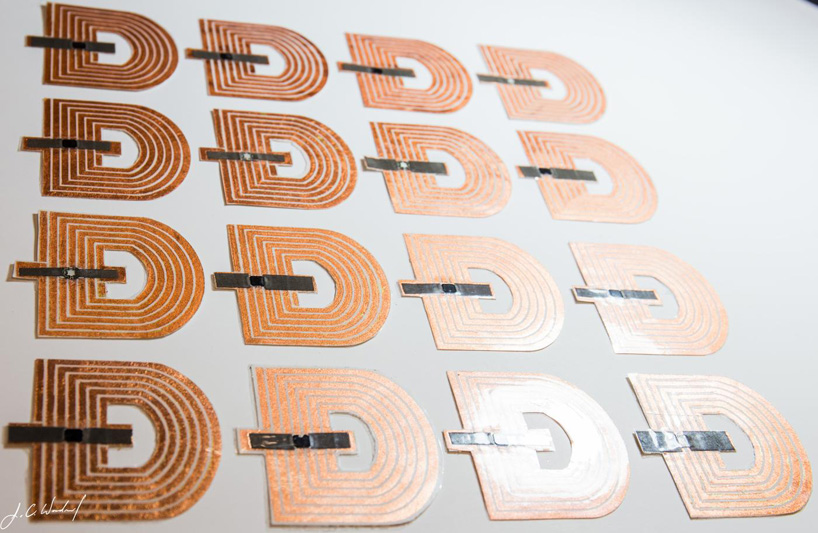 fashion designer Chris Bevansa former member of MIT’s Media Lab Director, heard about the project and he saw an interesting connection between his dyne brand on wireless technology in clothing and ‘duoskin’ NFC tags. in January this year, he decided to contact the ‘duoskin’ team to talk about a collaboration for his new york fashion week To display. vsindy hsin-liu kao, the PhD student behind the project, decided it would be an interesting design experiment to customize the “duoskin” for a men’s fashion show, focusing on being able to customize it for any wearer, whether it either upscale or urban style. The team designed and custom-made ten NFC tags and shipped them to Chris ahead of his New York show so he could incorporate them into his new clothing line. 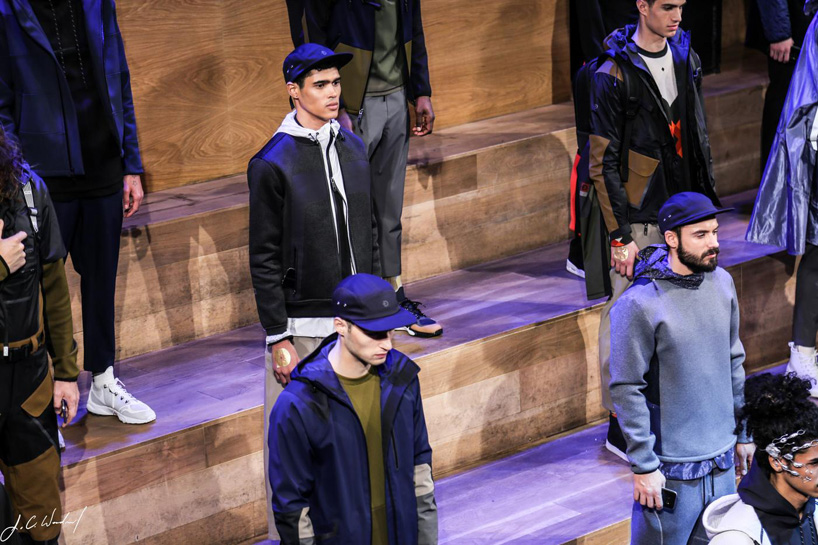 before deciding whether or not to pursue a collaboration, cindy felt it was important to revisit the central vision that drove the project in the first place: the ability to customize the technology for anyone; not just those who would wear jewelry style tattoos. then, it had to be deployed in the real world: the teams’ collaboration with chris bevans was an immediate deployment test, and it was a success. 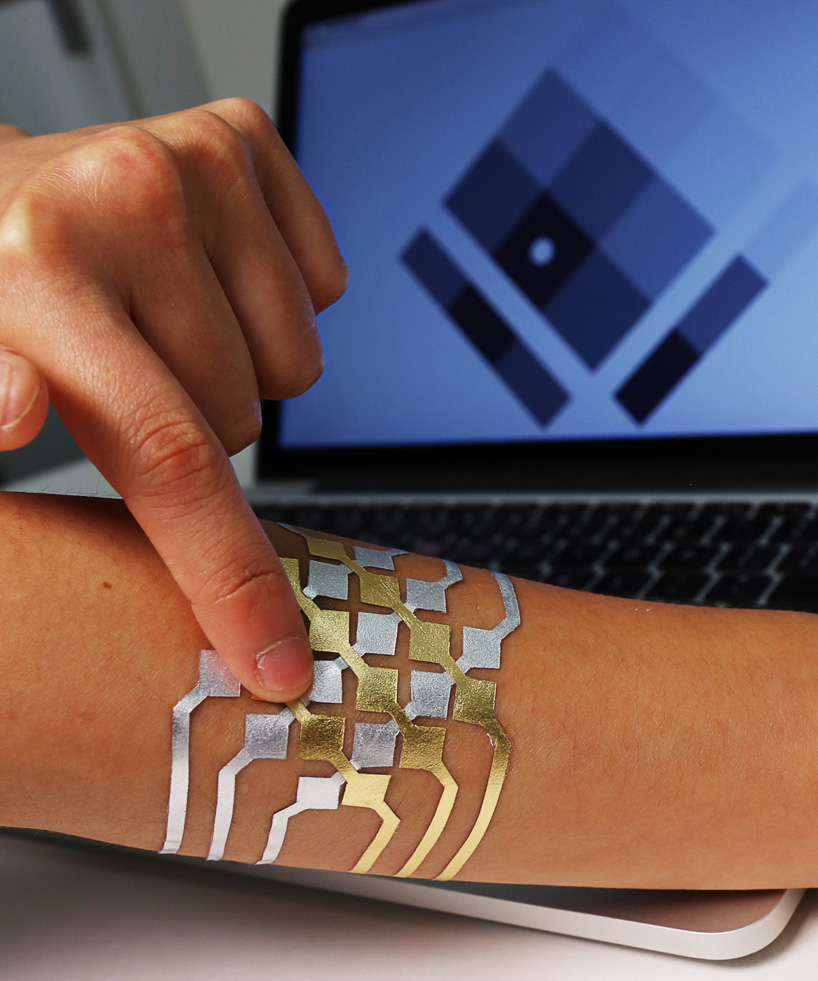 the team experienced the frantic pace of a fashion show, as well as the level of detail and planning involved, and discovered that they shared some experiences with fashion designers: as researchers, they spent months on a project hoping to get it published and allotted 15-20 minutes to present it at a conference. likewise, with the fall/winter and spring/summer fashion shows each year, designers have an average of 45 minutes to share their ideas with the world. 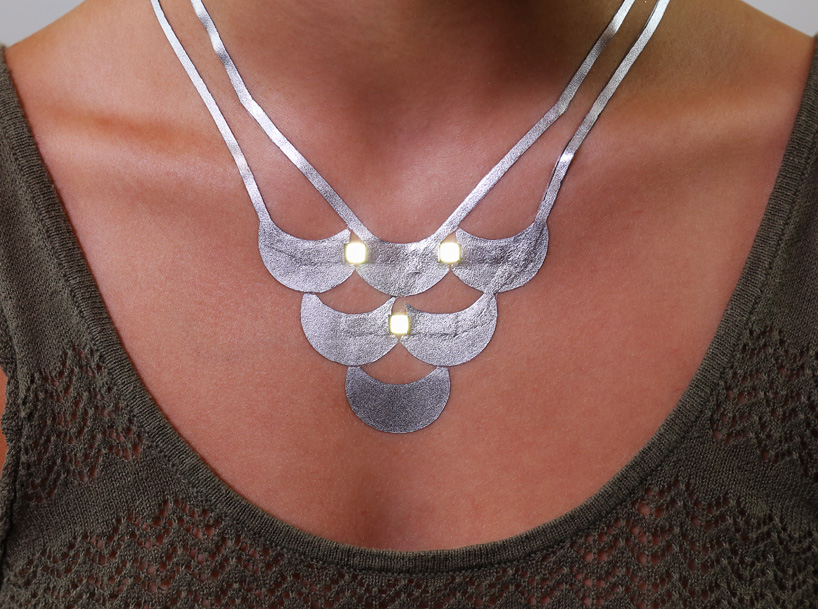 the ‘duoskin’ research team believes that in the future, electronics on the skin will converge on the usability, stretchability and aesthetics of body decorations, integrated to such an extent that interface technology has apparently faded away. 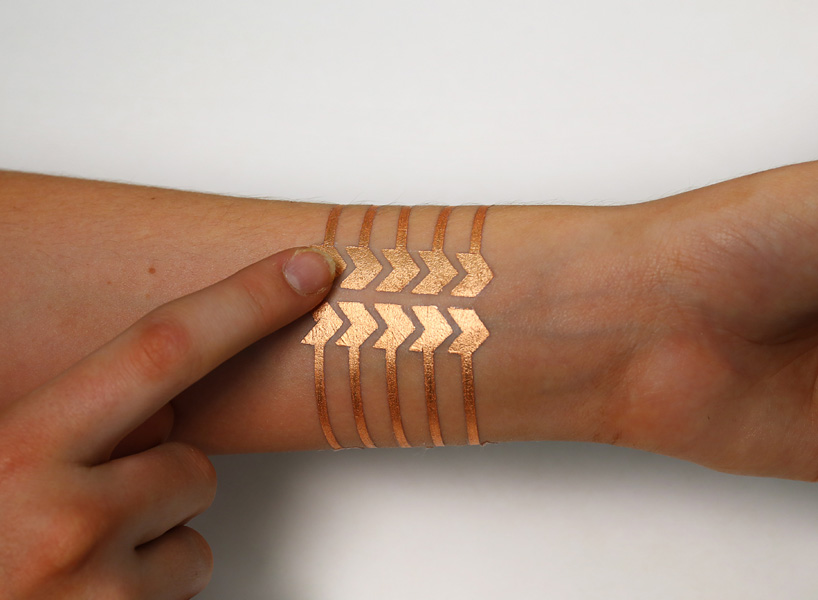 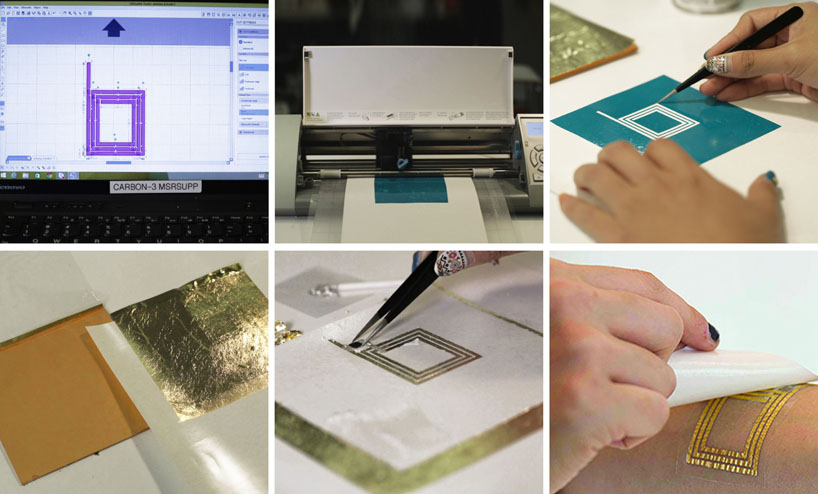 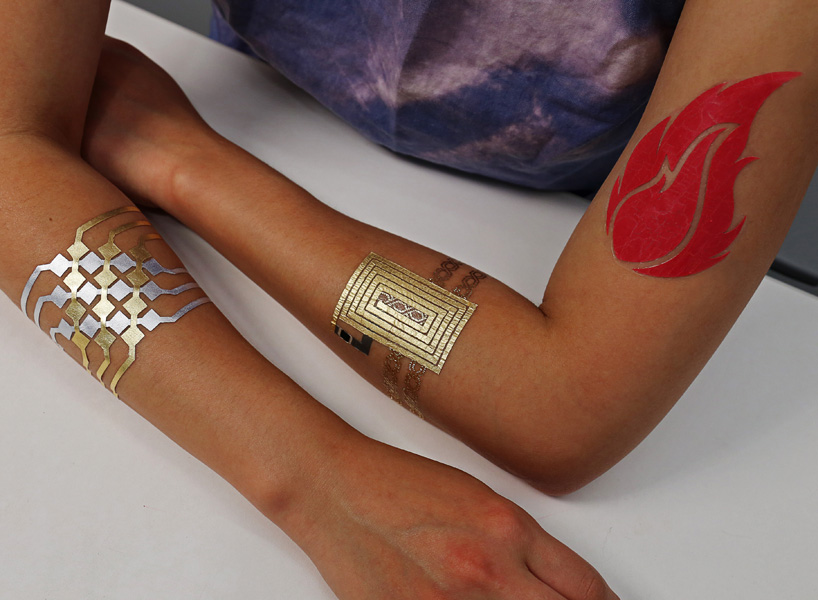