More than two years after his studio was raided and Taiki Masuda (main photo) arrested, the 29-year-old tattoo artist has spent his first day in court. In Osaka District Court on April 26, Masuda declared himself innocent of the charges against him and said he “cannot accept” that tattooing a consenting client is a crime.

The hearing was the first in a trial demanded by Masuda, rather than just accepting a fine and shutting down his tattoo parlour. Arrested in 2015 during a police crackdown on tattoo parlors in Japan’s second-largest city, Masuda was charged under a “medical practice notice” introduced in 2001 in an effort to regulate cosmetic tattooing, like permanent eyebrows which require such procedures to be performed by a qualified doctor.

Masuda was one of about 30 people arrested while combing Osaka’s tattoo parlors, but he was the only one to defend his corner. The others paid their fines and quit their jobs, or moved to another part of Japan and restarted their businesses.

The next hearing in the case has been set for May 23 and the court is expected to issue a decision at the end of July.

‘I can not understand’

“I’m not doing this for therapeutic purposes, so a doctor’s qualification is not required,” he told the court, the Yomiuri newspaper reported. “I don’t understand why it’s a crime. I’m convinced that tattoos are art, and I’m convinced that a tattoo artist should be recognized as a profession,” he added.

The next hearing in the case has been set for May 23 and the court is expected to issue a decision at the end of July. This is unlikely to be the end of the legal process, as the side that loses the first round is virtually certain to appeal the decision to a higher court.

The prosecution claimed in their opening statement that the tattoo “poses a risk of injuring the skin and causing bacterial infections and allergic reactions.” As a result, anyone who is not a doctor commits an “act of harm” by tattooing someone.

“The police charged 20 artists in this crackdown, but only Masuda decided he wanted to take the case to court,” said Junpei Shirai, a member of his legal team. “The others all paid a fine and stopped, but Masuda refused to accept that what he was doing was criminal.”

Shirai told DW that the defense will argue that prosecutors violated Masuda’s constitutionally guaranteed right to a profession of his choice and a consumer’s right to pursue happiness.

The authorities’ targeting of tattoo artists may be partly motivated by a broader crackdown on Japanese underworld groups, the so-called “yakuza”, which are famous for their full-body artwork.

“Tattoos have a long history in Japan, but they have a bad image and stigma attached to them due to their association with the yakuza,” Shirai said. “It may very well be that the Osaka police are trying to make a statement.”

Still, Masuda’s works aren’t the elaborate dragons and demons favored by gangsters, and he went to great lengths to ensure his clients weren’t members of the underworld, while he was also proud of the sterility of its equipment and facilities.

“Taiki never worked on ‘yakuza’ and he actually required anyone who got a tattoo of him to sign a document stating that he was not a member of an underworld group,” said Hyoe Yamamoto, a independent filmmaker who made a documentary. on Masuda for the past 18 months.

“Taiki and his attorneys believe prosecutors’ claims are simply out of touch in today’s Japan,” Yamamoto said. “But it’s a bigger issue than that; tattoos are associated with criminal gangs, so how can Japanese society open up to them as something entirely different.” 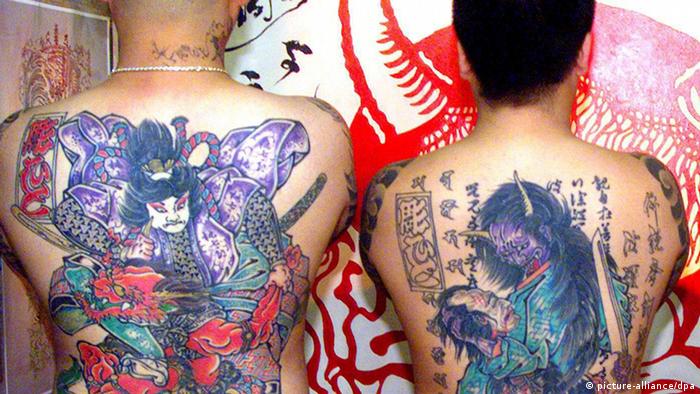 Tattoos are still rare in Japan, although the influx of foreign tourists to the country in recent years has demonstrated how skin art has become a mainstream fashion trend elsewhere in the world. Yet visitors to bathhouses, swimming pools, and other places where a tattoo is revealed are invariably asked to cover it with a bandage. If the tattoo is too large, they are usually refused entry.

“The Japanese government calls on these establishments to open up to tattooed foreign visitors and to be more liberal, but they don’t say anything about tattooed Japanese people,” Yamamoto said.

The case hinges on the legality of Masuda’s arrest and, if the court rules in favor of prosecutors, that means any tattoo artists operating in Japan are subject to arrest.

Right now, Yamamoto said, they’re operating in a gray area; the police don’t usually bother tattoo artists as long as they keep a fairly low profile. If Masuda loses his case, other local governments may decide to implement a zero-tolerance policy.

And despite widespread public support, Shirai isn’t entirely convinced that his client’s position will prevail.

“He’s an artist and I hope the court will recognize that and return a verdict of not guilty,” he said. “But you have to remember that 99.9% of cases that go to trial in Japan result in a guilty verdict.”